What to See at the Vatican City 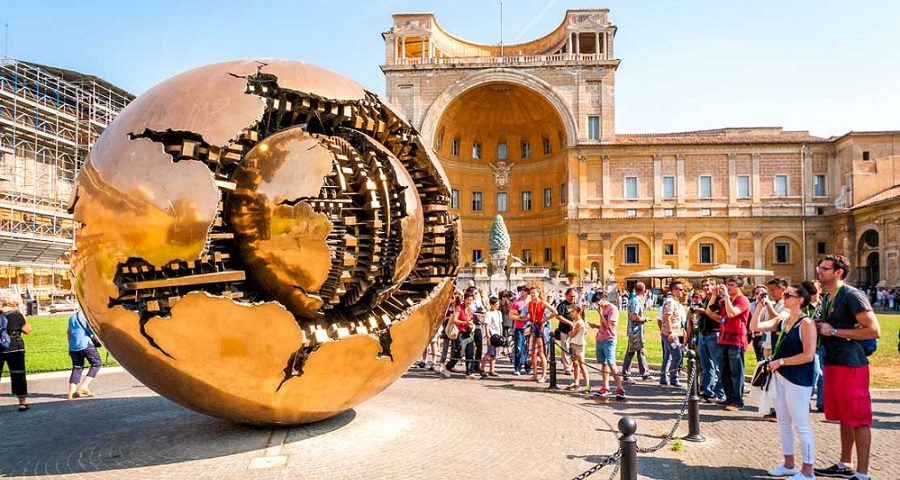 Vatican City is the epicenter of the Catholic faith. Located in the heart of Rome, Italy, it is the smallest independent city-state in the world. Home to the Church’s global headquarters, one of the planet’s largest churches, an extensive collection of museums, and breathtaking architecture, it’s no wonder that tourists call the Vatican the closest thing to heaven on earth. If you are one of the millions planning to make a pilgrimage to the Holy See in the near future, there are a few points of interest you won’t want to miss! 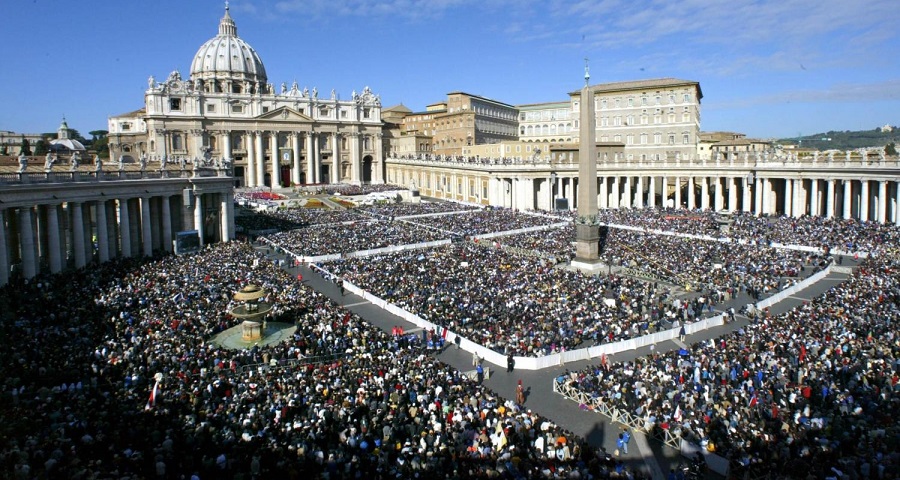 St. Peter’s Basilica is the heart of Catholicism. Constructed over 150 years on the site of an earlier church built atop the tomb of St. Peter the apostle, the basilica is a grand structure that includes a unique balance of art and architecture. The façade, designed by Carlo Maderno in 1614, is nearly 115 meters wide and 48 meters high and features Corinthian columns, a dome designed by Michelangelo and a Latin inscription noting that it was built during Pope Paul V’s pontificate (1605-1621).

Every inch of the basilica’s interior architecture is detailed and there are impressive artworks everywhere you look. Be sure to check out Michelangelo’s Pietà, Bernini’s baldacchino and altar cross and massive statues of Sts. Longinus, Helen, Veronica, and Andrew as well as the dome’s interior mosaic with pieces as large as a human hand. In addition to St. Peter, several other Popes and Saints are buried in the Basilica. 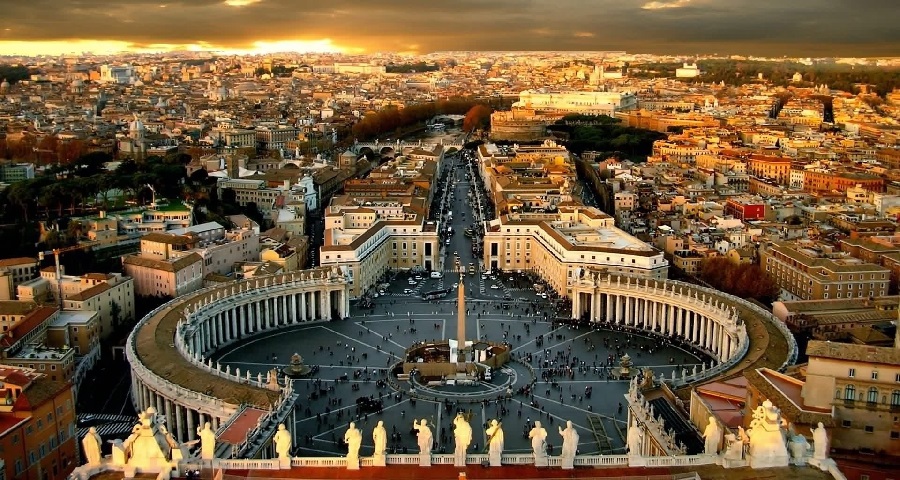 St. Peter’s square is comprised of two distinct areas. The first is the trapezoid shape flanked by two arms reaching up to the basilica and the other is an intersecting double ellipse marked by Bernini’s famous four-row colonnade. This iconic piece of architecture was designed to extend the Vatican’s majesty into the street and to welcome visitors to its doors with open arms. A top the portico are 140, nine-foot statues of the martyrs overlooking the square with the instruments that took their lives.

At the center of the square is the great obelisk, originally from Egypt, which was moved to the location in 1585. This same obelisk stood in Nero’s Circus, where St. Peter was martyred in AD 67. At the head of the square are two statues of Sts. Peter and Paul who welcome the faithful to the Holy See and stand guard at the steps of the doors to the basilica. 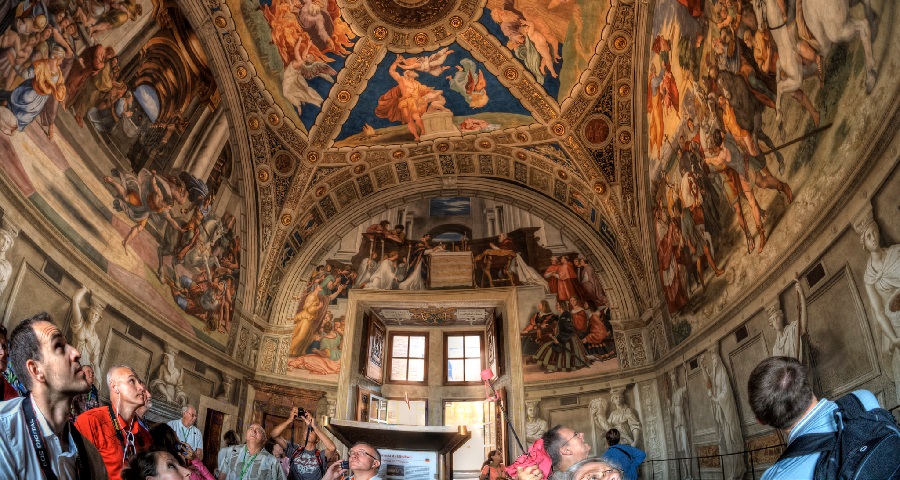 The Vatican Museums contain one of the most extensive and renowned art collections in the world. Built up over the centuries by popes from the Renaissance forward, the collections of paintings, sculptures, historical documents, and memorabilia have withstood wars, destruction, and even theft to remain the crème de la crème of artistic assemblies.
While it could take days to walk around and see it all, you do not want to miss the Pinacoteca, an 18-room painting gallery containing works from as early as the twelfth century and including masterpieces by Giotto, Raphael, Caravaggio, and Leonardo da Vinci. Another highlight of the Museums are the Raphael Rooms, containing his famous fresco of The School of Athens.

One of the most unique stops on the Vatican tour is the Gallery of Maps, which takes its name from the 40 aerial maps frescoed on the wall between 1580 and 1585. Without the aid of satellite imagery it is impressive how detailed and accurate these maps are. Don’t forget to take in the impressive paintings along the ceiling of this corridor as well. Each scene appears to be framed in gilded moldings when in fact, even the frames are painted! (Trust me, the 3D effect will keep you guessing.) 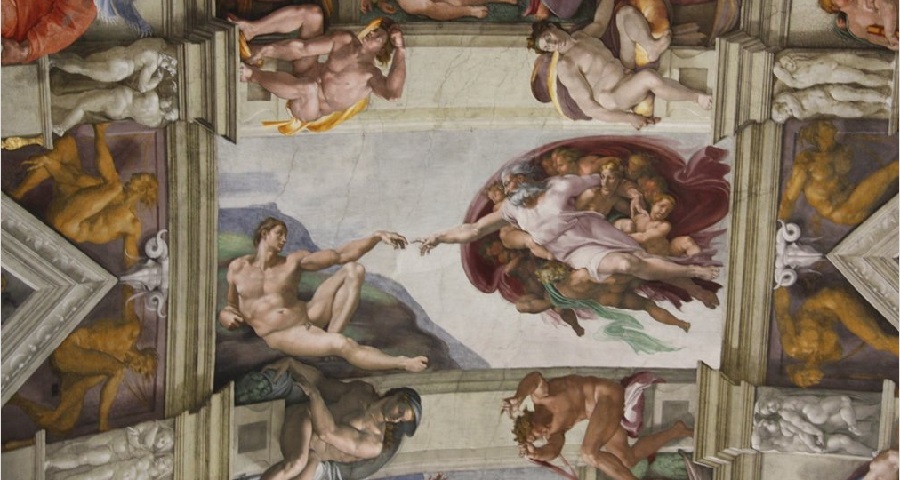 A visit to the most famous chapel in the world is a must for any Vatican itinerary. Named for the Pope who commissioned it, Sixtus IV, this is the room where the College of Cardinals meets to elect the new pope, and where Michelangelo created two of the most famous works of art in all of history.

The Sistine Chapel is built to the same dimensions as the Temple of Solomon in the Old Testament. It features arched windows, a fifteenth and sixteenth century balustrade, a fifteenth century mosaic floor and a series of Biblical paintings completed by the leading artists of the Renaissance, including Botticelli and Perugino.

In 1508, Pope Julius II commissioned Michelangelo to paint portraits of the apostles within the triangular spaces of the ceiling; however, the master felt more could be done with the space. Though he was not eager to try and fill 5,000 square feet of space, he campaigned for a free hand in order to create a ceiling that would end all ceilings. He created an image that would detail the history of mankind including the creation story, the flood, the fall of Adam and Eve, portraits of the prophets, as well as the ancestors of Christ. The whole project took four years to complete.

Michelangelo was commissioned to complete an additional painting for the wall behind the chapel’s altar. Between 1536 and 1541, he completed The Last Judgment, an imposing image that depicts man’s inevitable fate when the second coming gets underway. His inspiration for the piece came not only from the Book of Revelation and by Dante’s Divine Comedy, but also his own philosophic vision of the future where some are saved while the majority is lost. 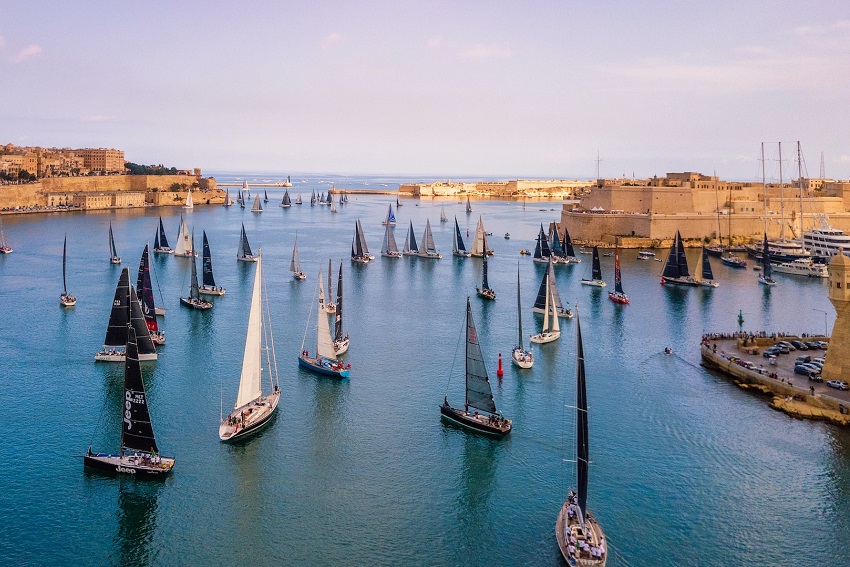 Photo by Mike Nahlii on Unsplash

Four Things Everyone Should Know Before Travelling to Malta, Europe 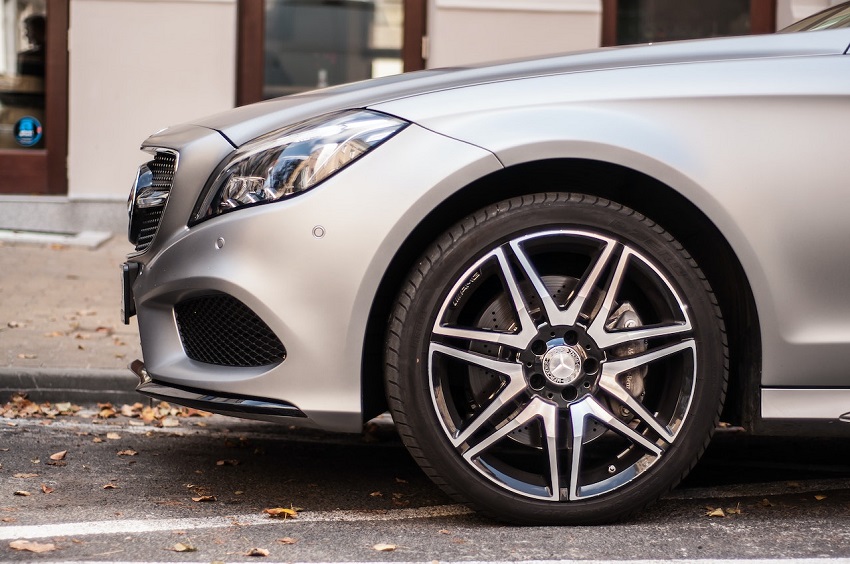 Photo by Piotr Arnoldes: from Pexels

Where to Dispose of Tires on Rims? 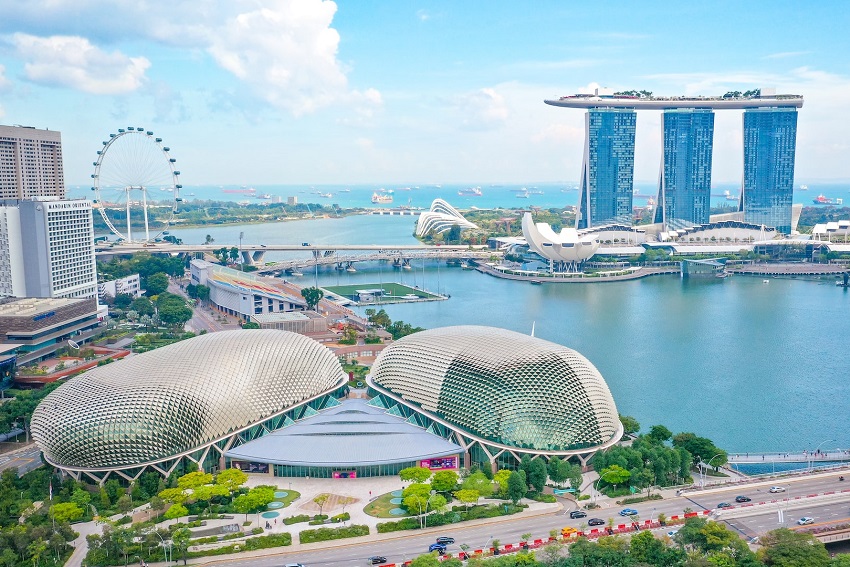 Photo by Meriç Dağlı on Unsplash

Popular Destinations to Travel in Singapore